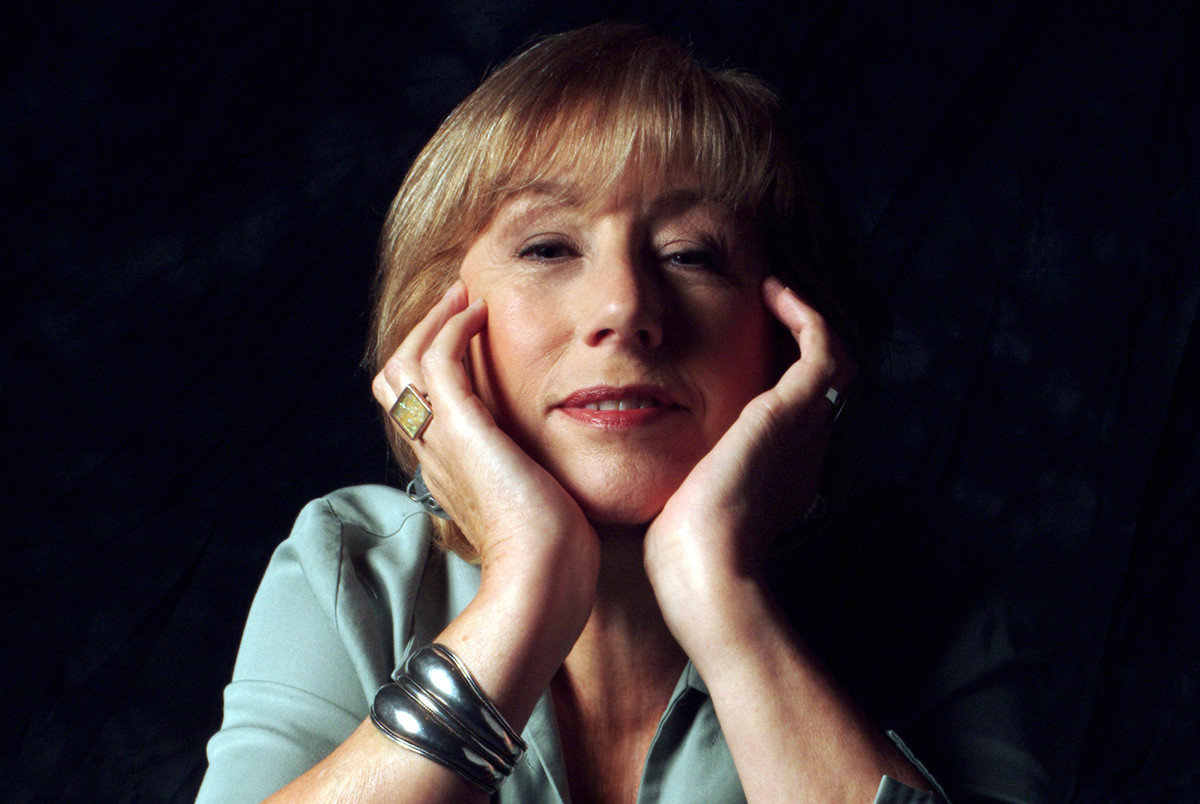 Winstone began singing in bands around Dagenham in the early 1960s, and has said of her early experiences: “I’ve always been on the edge, always felt like I was swimming against the tide and somehow couldn’t stop. I met a pianist called Chris Goody and we’d get together and play things. He knew Margaret Busby who was in a publishing company called Alison and Busby. She also wrote lyrics for tunes like ‘Naima’. I was inspired by her, though I didn’t write words myself at that time, I didn’t think I could.”Winstone first attracted attention when in the late 1960s she appeared at Ronnie Scott’s Jazz Club sharing the bill with Roland Kirk. Interviewed in 2020, she said: “I went along to a gig at the Charlie Chester Club and I sat in with a drummer called John Stevens and he was incredibly enthusiastic and jumped up and said, ‘I’m going to tell Ronnie Scott about you, he should give you an audition!’ … Eventually, I went to the club, and after reminding Ronnie that eight months before he promised to invite me for an audition, we got it and he gave me four weeks there opposite Roland Kirk. I think I was on cloud nine….” This led to her first radio BBC broadcast, which by chance was heard by singer Carmen McRae on a visit from the US, who met Winstone and was interviewed for a jazz magazine with her.

Winstone joined Michael Garrick’s band in 1968. Her first recording came the following year, with Joe Harriott and Amancio D’Silva, on Hum-Dono (reissued in 2015). In 1971 she was voted top singer in the Melody Maker Jazz Poll. She recorded the album Edge of Time under her own name in 1972. Winstone contributed vocals to Ian Carr’s Nucleus on that band’s 1973 release Labyrinth, a jazz-rock concept album based on the Greek myth about the Minotaur.

Winstone has worked with many major European musicians and visiting Americans, as well as with most of her peers in British jazz, including Garrick, John Surman, Michael Gibbs, Mike Westbrookand her former husband, the pianist John Taylor. With Taylor and trumpeter Kenny Wheeler she performed and recorded three albums for ECM as a member of the trio Azimuth between 1977 and 1980; their fifth and last album How It Was Then… Never Again (1995) was given four stars by DownBeat magazine.

Her own 1987 album Somewhere Called Home, also released on the ECM label, has often been called “a classic”. The review by AllMusic said: “It’s not only a watermark of Winstone’s career but, in the long line of modern vocal outings released since the romantic vocal tradition of Fitzgerald and Vaughan ended with free jazz and fusion, the disc stands out as one most original yet idyllic of vocal jazz recordings. … A must for fans looking for something as cozy as a golden age chanteuse, but without all the gymnastic scatting and carbon copy ways of many a contemporary jazz singer.”In addition, she made albums with the American pianists Jimmy Rowles – Well Kept Secret, recorded in 1993 – and Fred Hersch. On Well Kept Secret Winstone sang lyrics she had written to Rowles’ composition “The Peacocks”, which she had heard on the Bill Evans album You Must Believe in Spring (1981).With the title “A Timeless Place”, Winstone’s lyrics were subsequently recorded by others, including Mark Murphy. Well respected as a lyricist, she has also written words to tunes by Ralph Towner, Egberto Gismonti, Ivan Lins, Steve Swallow, and other musicians.

In February 2018, Winstone released Descansado: Songs for Films, a collection that AllMusic described as “an unusual and provocative album”