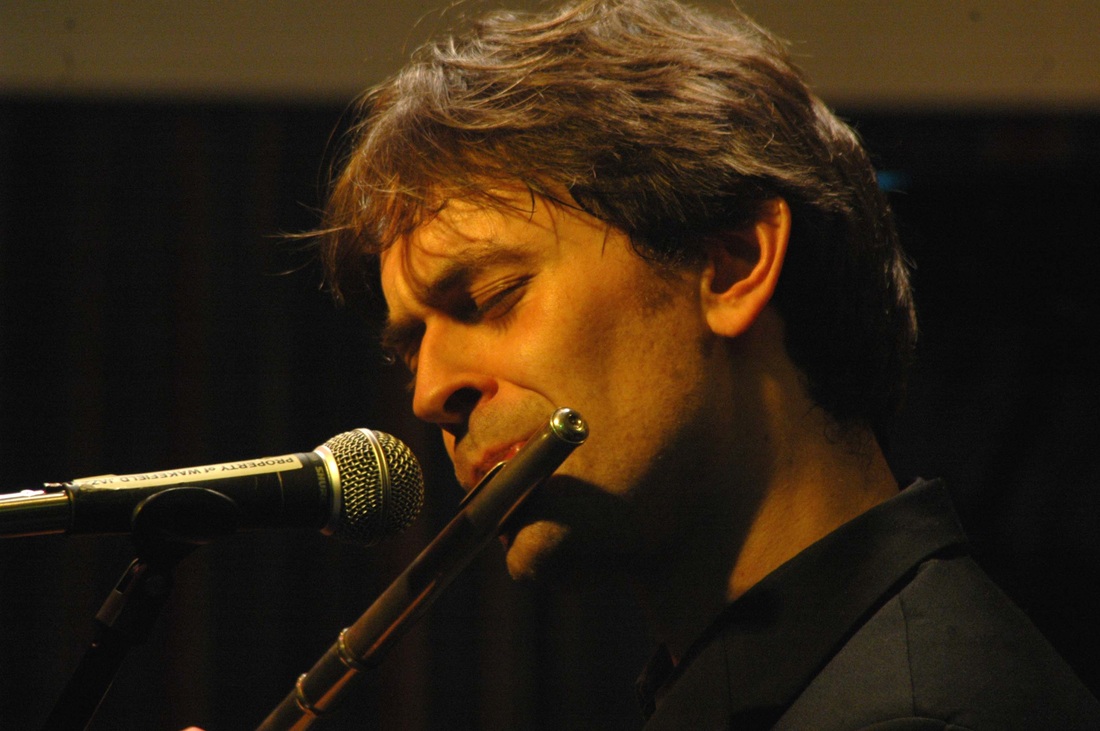 Gareth Lockrane started playing at the age of 10 and after raiding his dad’s record collection discovered jazz at 14. Early influences included Cannonball Adderley, Miles Davis, John Coltrane, Charlie Parker, Bill Evans and Stan Getz on the jazz side whilst also being transfixed by the great blues/rock guitarists of the 60s and 70s as a child – BB King, Jimi Hendrix, Albert King, Eric Clapton, Buddy Guy. Learning blues guitar solos on the flute at the age of 15 was a formative experience! The initial main flute inspirations were Frank Wess, James Clay, Roland Kirk, Bobby Jaspar and James Moody and later on he fell under the spell of visionaries like Jeremy Steig, Eric Dolphy, Hubert Laws, Paul Horn, James Newton and Eddie Parker amongst many others.

In 1994 he enrolled on the jazz course at the Royal Academy of Music in London where teachers included Stan Sulzmann, Martin Speake, John Thomas and Eddie Parker and where he struck up musical relationships with fellow students the Fishwick brothers, Tom Cawley, Osian Roberts, Orlando le Fleming and many others. In 1997, his band “The Jazz System” formed with Osian Roberts was a finalist in the Vienna Jazz Festival Grande Concours de Jazz. In 1998, he studied on the Lake Placid Jazz Course in New York with Joe Lovano, Dick Oatts and Jim McNeely and in 2000 was a finalist in the Young Jazz Musician of the Year competition.

Around this time he began to expand his flute family of instruments to include piccolo, alto and bass flutes as well as the standard C flute.